ecipes from Russia are usually simple dishes with easy to obtain ingredients. There are variations from each region.

Russian Pirozhki, a recipe made from a sour cream dough and filled with minced meat. A delicious snack from Russia where it's streetfood.

Perhaps you've noticed that it's a bit quiet on the site. No daily updates, some pictures disappeared and translations also don't work entirely correct. Then you obsessed it correctly. I'm currently updating the site, new pictures, right links and so on. Of course I was going to do that by schedule in just a weekend, but in practice that is a slightly different way. So in advance I apologize for the inconvenience, but the intention is to create a site where you can still find everything, but faster and better.

The challenge of June has been created by Sara of the blog Sassy Suppers. She studied Russian and of the Russian dishes she made at that time, Pirozhki was her favorite. It is finger food, a snack which is filled with meat, mushrooms, rice, eggs, cheese or jam. Actually quite a variety and is sold as a snack on the streets of Russia.

Honestly? I had never heard of it and that's exactly what is so nice about the Daring Kitchen, cooking food in a traditional way or getting acquainted with traditional dishes that are still unknown to me. I rolled up my sleeves and went to work. For the dough I chose the fast sour cream dough and beef as a filling. The result is a slightly sweet roll with a savory filling. Very nice, I can imagine why the Russians are so fond of it. Let me quickly give you the recipe, the way I made it. 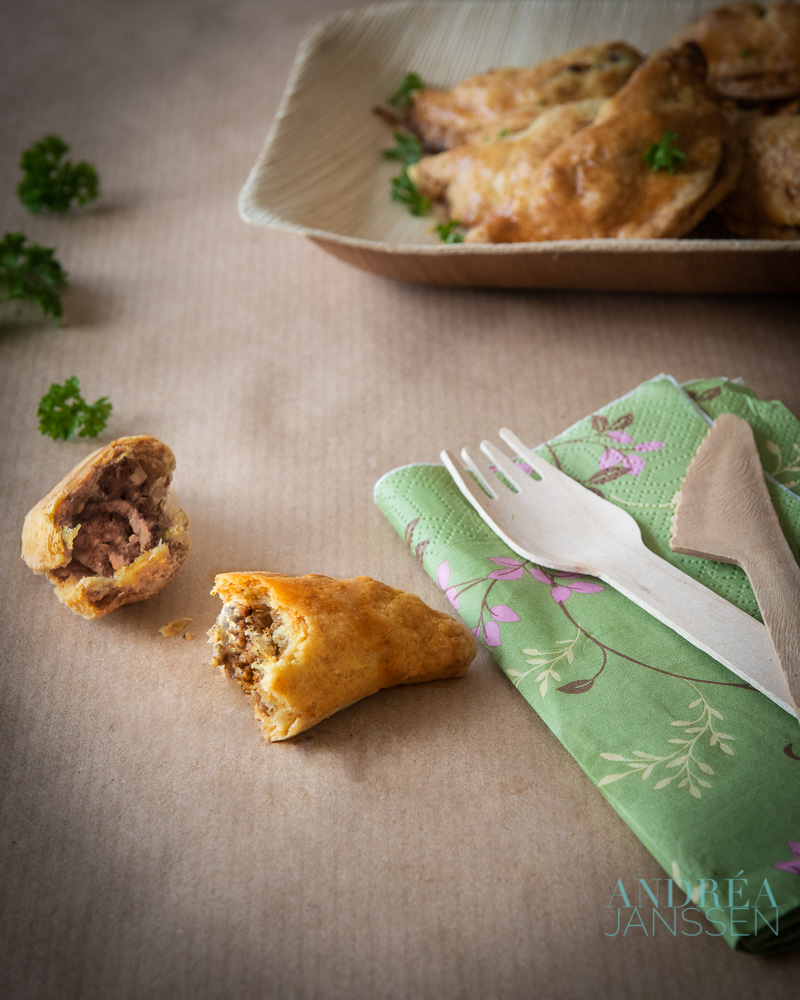 By Andréa Janssen is onderdeel van Janssen-Fotografie.
privacy policy
We use cookies to ensure that we give you the best experience on our website. If you continue to use this site we will assume that you are happy with it.Ok