Juicy beef covered with a tasty duxelles and wrapped in crêpes and pastry. Try this and you know why it’s a classic Beef Wellington recipe.

Perhaps you’ve noticed it already, but until recently I was a member of the Daring Kitchen. Until recently, yes, because the Daring Kitchen is no more. The curtain has fallen last December, as there were less and less participants on this project until eventually it was no longer feasible. Sin. And why? Because the beauty of the Daring Kitchen was the “challenger” had done research on his or her project and shared with the group. Then we cooked all together that recipe (with a variation when because of allergies etc. it wasn’t do able) and followed that with a submission.

The most fun I thought was experiencing new dishes and flavors which were previously totally unknown or preparing classic recipes which I hadn’t found the time for earlier on. But because I liked it so and in honor of the Daring Kitchen I decided from now on every week to make and blog a recipe from the archives of the Daring Kitchen (cooking and baking), which I have not previously made. And today is a recipe from September 2009, a golden oldie, a classic Beef Wellington. 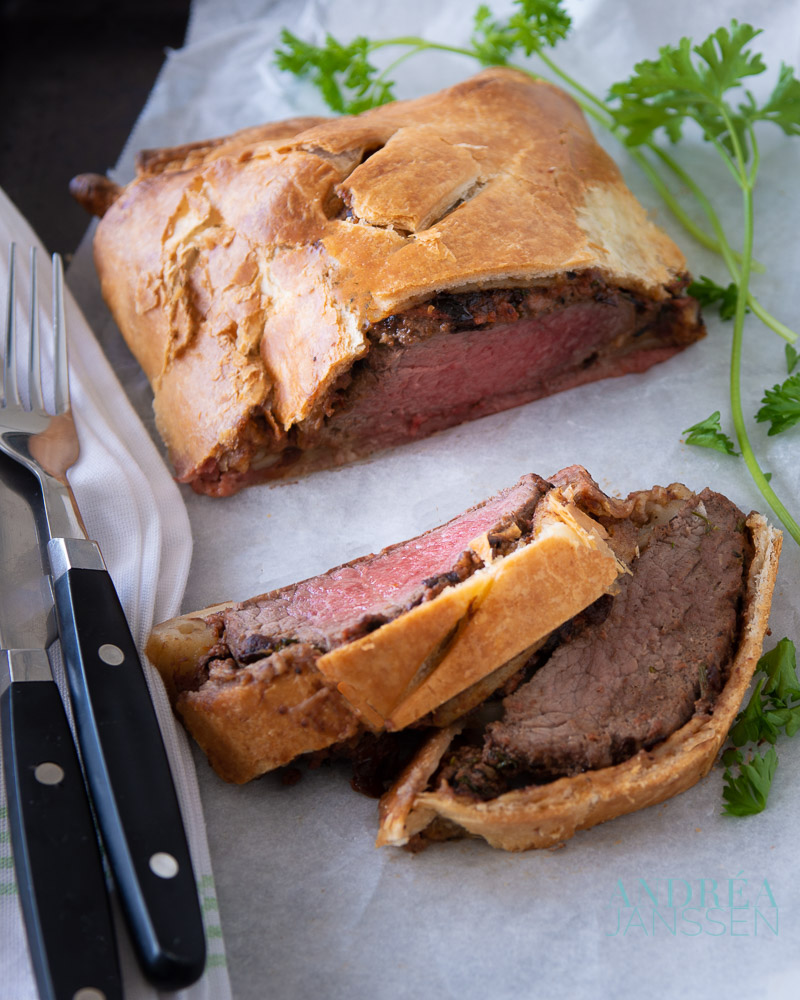 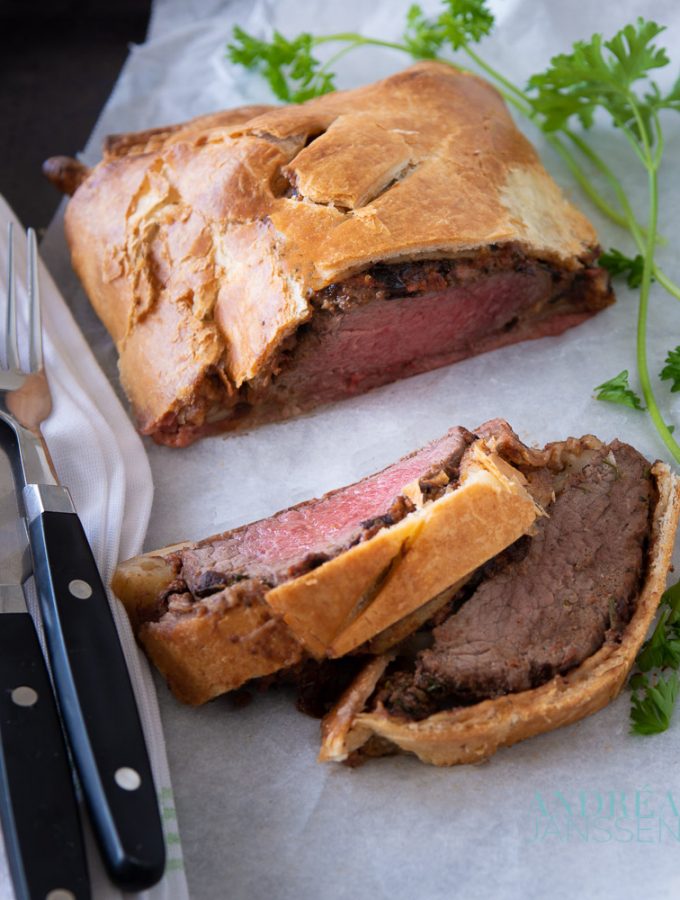 Juicy beef covered with a tasty duxelles and wrapped in crêpes and pastry. Try this and you know why it's a classic recipe.
Ingredients
Servings: persons
Units:
Instructions
Duxelles
Crêpes
Beef Wellington preparation