Pancakes with vegetables, a great idea to eat some extra veggies. And the best: you can see it, but you won’t taste it. Delicious (confirmed by the kids)

Today is national pancake day in Holland! Did you know that? Never mind, I didn’t hear of it until this week. Or honestly read it this week on a blog. And that gave inspiration for a pancake recipe.

I’ve then been thinking about it, but given the recent results from the national nutrition survey (Dutch) , where it appeared that only a very small percentage of the population eats enough fruits and vegetables every day, I’ve made this pancakes and added spinach. And to be honest. You don’t taste it.

So I made ​​them and served them to my children, but in the beginning they didn’t take it very well. The green color betray the extra ingredient. After long persuasion techniques (you find the chocolate zucchini cake tasty too. Mam that is a cake and chocolate, Try it anyway , you won’t taste it , I’m sure of it. I will, you won’t, I will, you …. ( you understand how the conversation goes from that moment I think ) ), our youngest said : Okay , I will taste. And after that … it was approved . You don’t taste the spinach (but mom you still see it !) 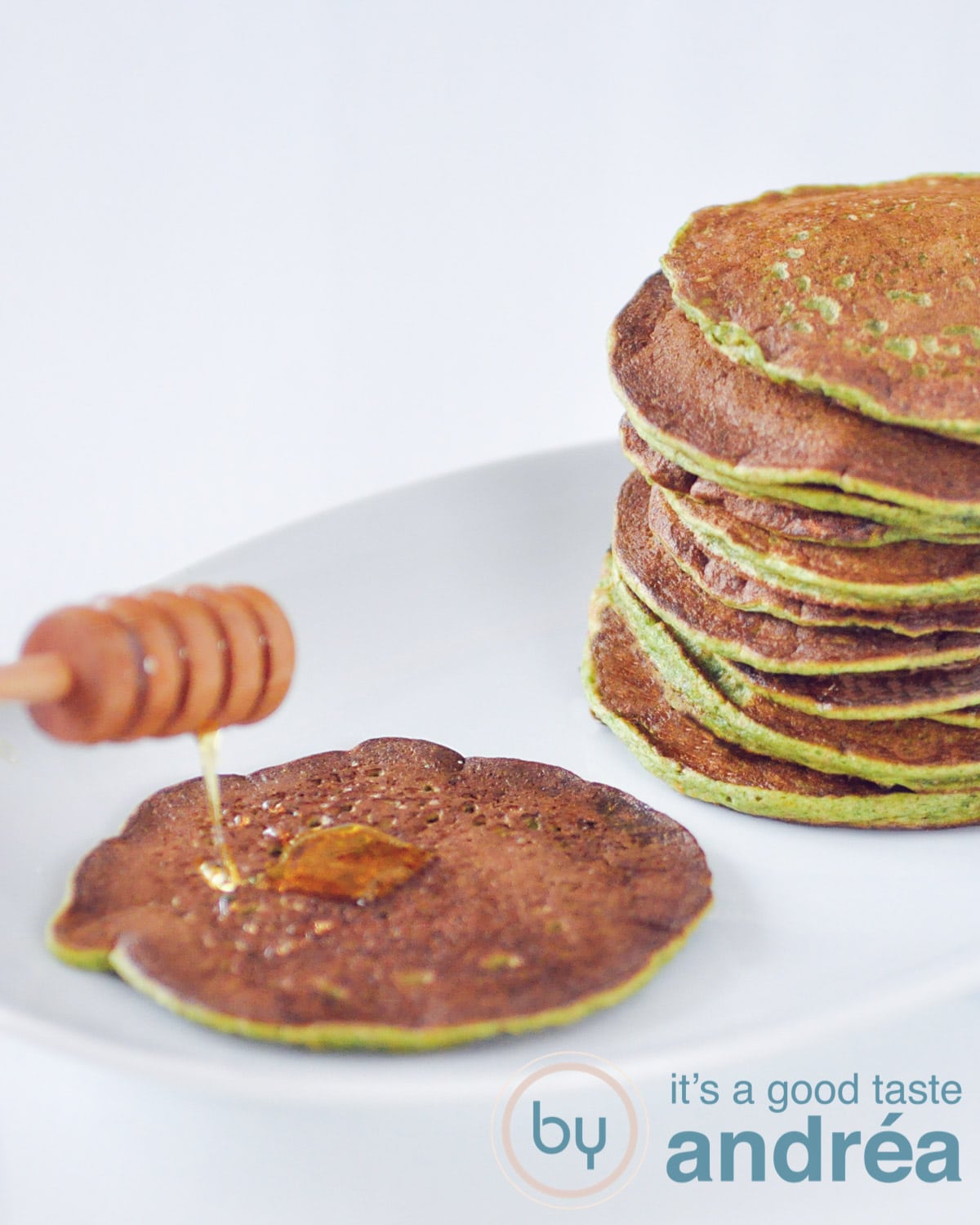 Pancakes with vegetables, a great idea to eat some extra veggies. And the best: you can see it, but you won't taste it. Delicious (confirmed by the kids)
Ingredients
Servings: portions
Units:
Instructions