Spare ribs are an all time favorite on the BBQ. And these spare ribs are marinated with honey, soy sauce and bourbon. You will certainly make this recipe more often in the coming summers!

Spare ribs belong to a BBQ party. At least according to my family. And that is not surprising because the smoky taste that you get when grilling on charcoal fits wonderfully with this piece of meat. By pre-baking them in the oven and grill them afterwards, they get tender and juicy on the inside and crispy on the outside. The meat literally falls off the bones.

We have been busy throughout the week with delicious American BBQ recipes. After we started with a delicious vanilla rose iced tea and a Licor 43 Sangria Blanca, we made bacon and bourbon chicken kebabs, grilled gamba’s with a cashew nut sauce and served that all with a delicious blueberry melon salad. And today, not to be missed at this BBQ, delicious honey bourbon spareribs. And that doesn’t even end this week. So keep an eye on the blog for even more delicious recipes! 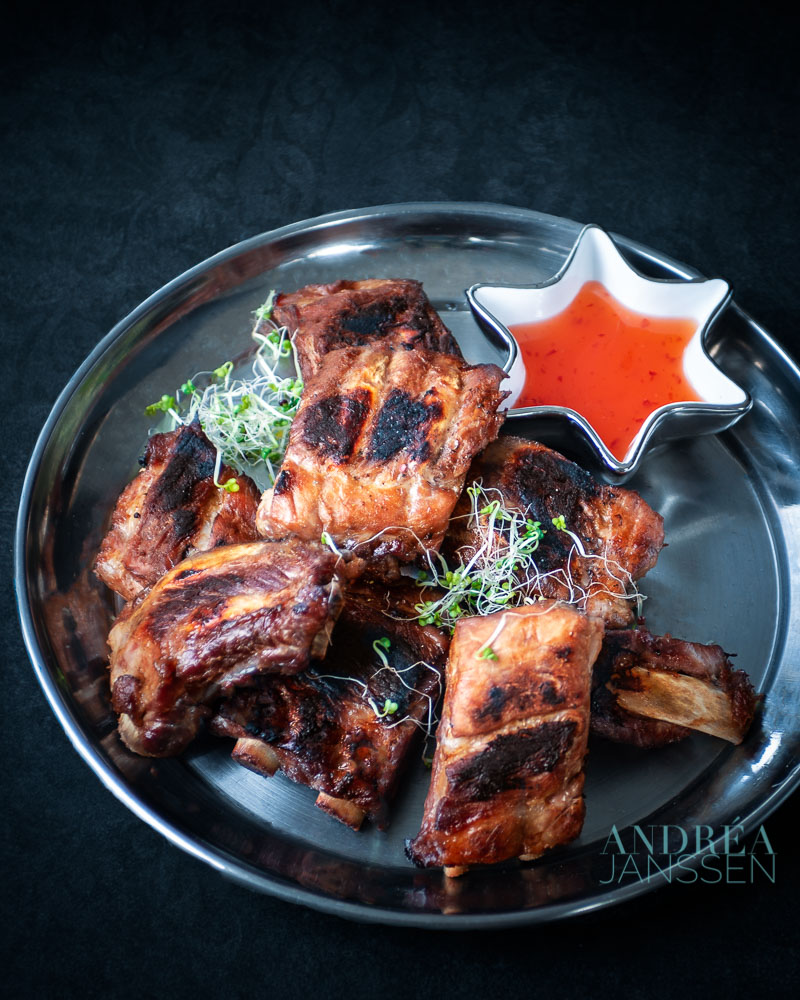 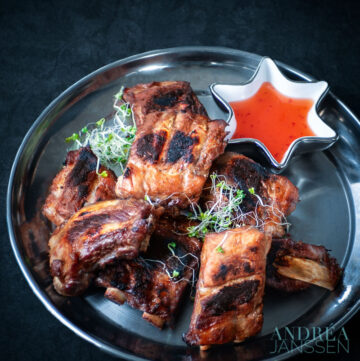