Home » Projects and media » Fresh of the cob corn chowder

Use all of your corn in this home made chowder. Full of flavors and very tasteful.

For my usual Cook the Book Fridays post this time we were supposed to make a chowder with fresh corn. Something that isn't quite a usual dish for me, as we don't eat that normally in the Netherlands. But that's kind of the fun by participating in a group like this, you're getting to know new recipes and flavors that you're not used to.

What I loved about this recipe is the use of everything in this recipe. You don't only use the kernels but also the cob is added to give even more flavor. Because I didn't know what to expect I can't say if it gave a different flavor or a more intense taste but I love the fact that I don't discard it on forehand.

For the flavor it's a silky soup and by adding the crispy vegetables and potato you still get a bite. I love the bacon which was added and I also sprinkled a bit half and half in the soup. The soup got a nice taste not very specific, but we did like it.

Fresh of the cob corn chowder 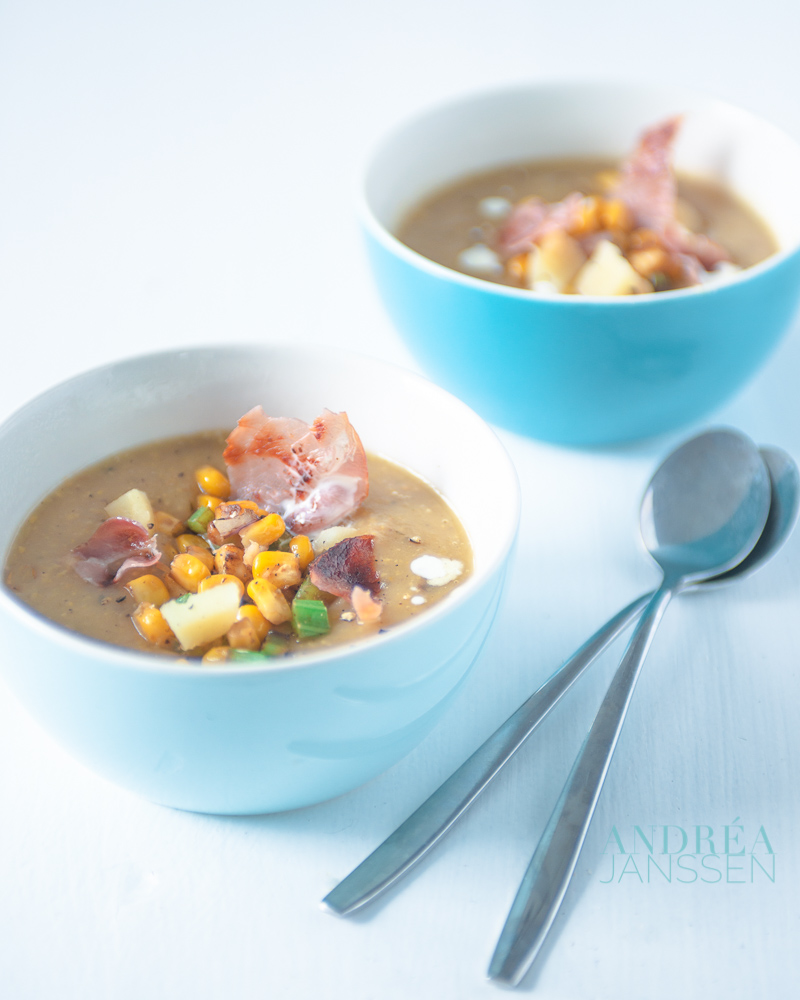 By Andréa Janssen is onderdeel van Janssen-Fotografie.
privacy policy
0shares
We use cookies to ensure that we give you the best experience on our website. If you continue to use this site we will assume that you are happy with it.Ok