Twix cupcakes recipe: a delicious cupcake filled with caramel and covered with crispy chocolate. It is impossible to keep your hands of from this treat!

I love the food blog swap. Every month it's a challenge to choose only 1 recipe from another food blog and give it my own twist. And this month it was really hard because I've found so many delicious recipes on the Eef cooks blog. Eef also has a good eye for the recipes because it all looks nice.

Eventually, after consulting my youngest, I went for the Twix cupcakes. They appealed to his imagination. And why not, caramel, chocolate and a fluffy cake. I did say that it then would be a duo project and he thought that was fine. So we started working together in the kitchen.

Eating your cupcakes immediately is not always the

After being dipped in the molten chocolate, his patience was put to the test and he naturally wanted to taste it immediately. And although the cupcake was tasty, it was so much better in the evening. I would certainly recommend that you leave them for a few hours, so that the chocolate has time to become wonderfully crunchy and the cake is also colder. If you can let them live so long off course!

Eef made all the ingredients herself, including the caramel, but I wanted to keep the recipe very simple. So I used my standard cupcake recipe whereas the batter can be made in just 5 minutes. And instead of homemade caramel I used Caramel paste from the supermarket. As a result, I was ready in 10 minutes (minus the baking time).

The verdict of the jury (my husband, kids and colleagues): this is good! And it was just like that! 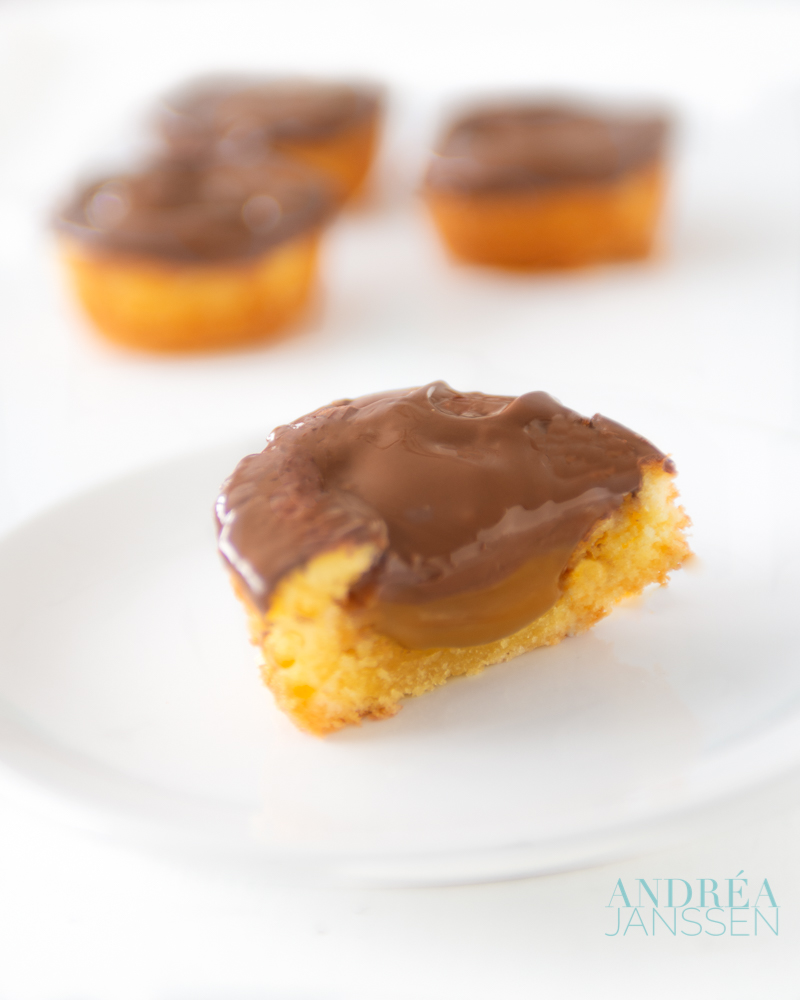 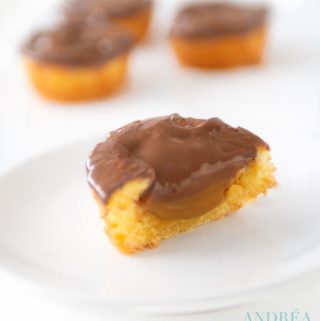 Print SaveSaved!
Twix cupcakes recipe: a delicious cupcake filled with caramel and covered with crispy chocolate. It is impossible to keep your hands of from this treat!