Home » Other » Other savory » Arugula salad with pistachios, pear and apple

Arugula salad with pear, pistachio nuts, cherry tomatoes and aged cheese. With a dressing of mustard and olive oil you get a refreshing side dish.

After the sweetness of the tiramisu it is also nice to have a salad for a change. But after such a delicious tiramisu , it better had to taste good. Today a salad without sugar and meat, but with a slightly sweet bite . That's because of the added date vinegar, which brings the dressing to a slightly sweet taste anyway. And that blends perfectly with the sweet pear, sour apple, nutty pistachio, the peppery arugula and salty cheese. When you take a bite of the salad, you will get a true taste explosion in your mouth. And that's good. Very tasty.

I ate it as a lunch salad, but it is also very delicious as a side dish or as a salad served at a barbecue .

The recipe of today fit perfectly into the theme of the cooking evening: Italian. My time in picking garden was thus somewhat limited to picking, but that was just as well. It even hailed in this part of the country . When you looked at the weather you could have predicted the weather wouldn't be that great. The sky lit so threateningly against the trees . And the wind was chilly and harsh. In the kitchen we weren't that affected, it was warm and cozy. Chill.

Arugula salad with pistachios, pear and 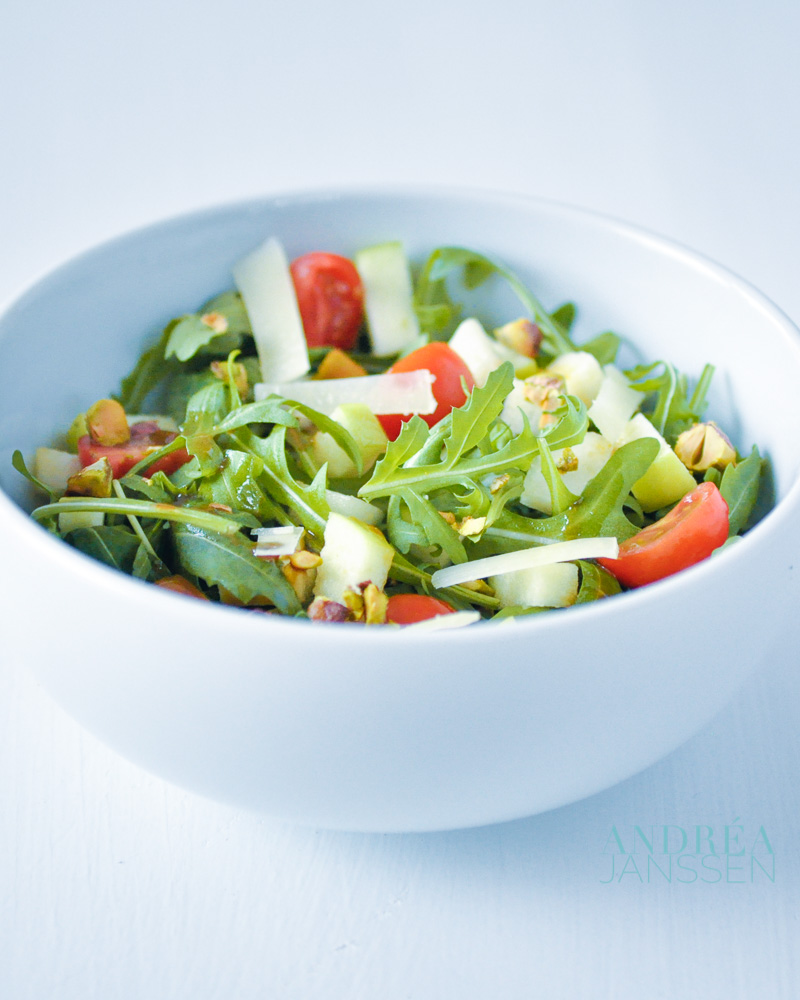 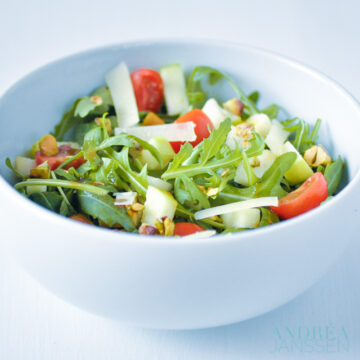 Print SaveSaved!
Arugula salad with pear, pistachio nuts, cherry tomatoes and aged cheese. With a dressing of mustard and olive oil you get a refreshing side dish. 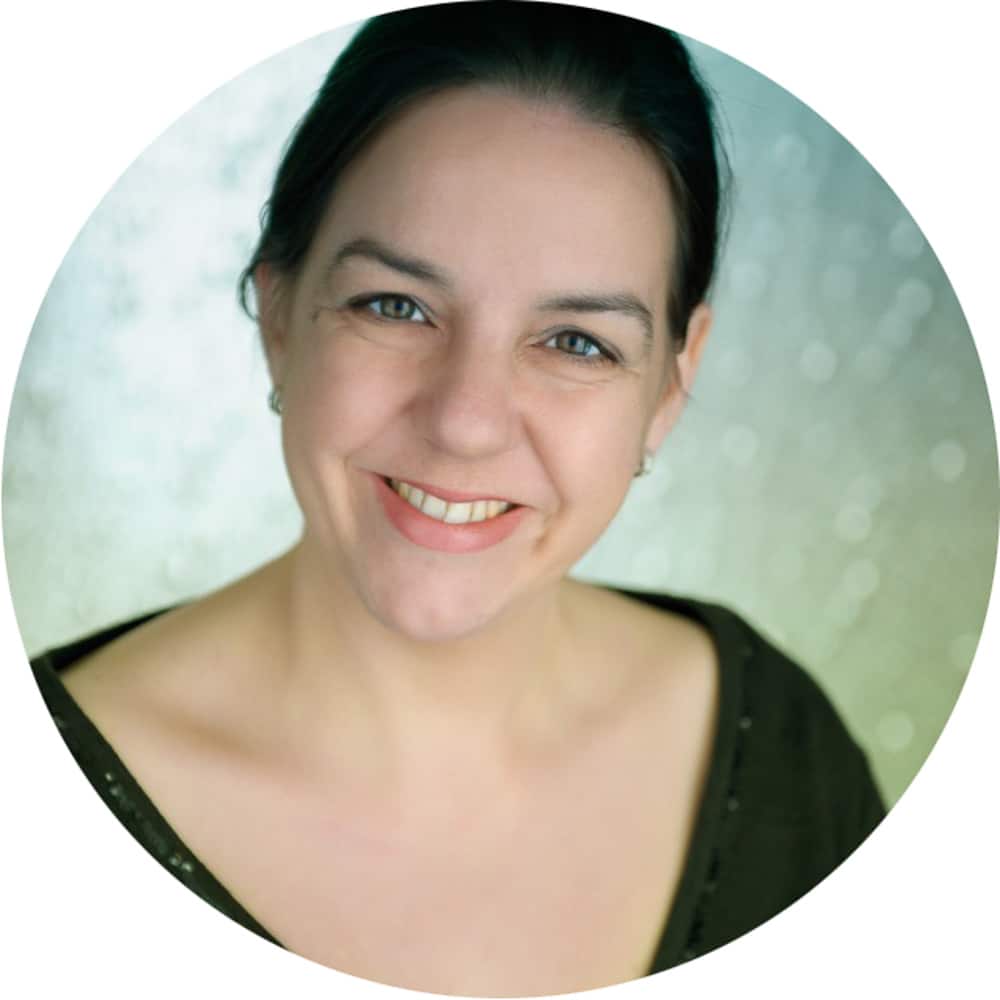