Cauliflower bacon gratin: the creamy cauliflower combined with the salty bacon and cheese. A delicious and savory combination.

The recipe is originally from the book 'Around my French Table' by Dorie Greenspan and slightly adapted by me. And it was delicious. This recipe we will definitely make more often!

Earlier in the day or the night before: 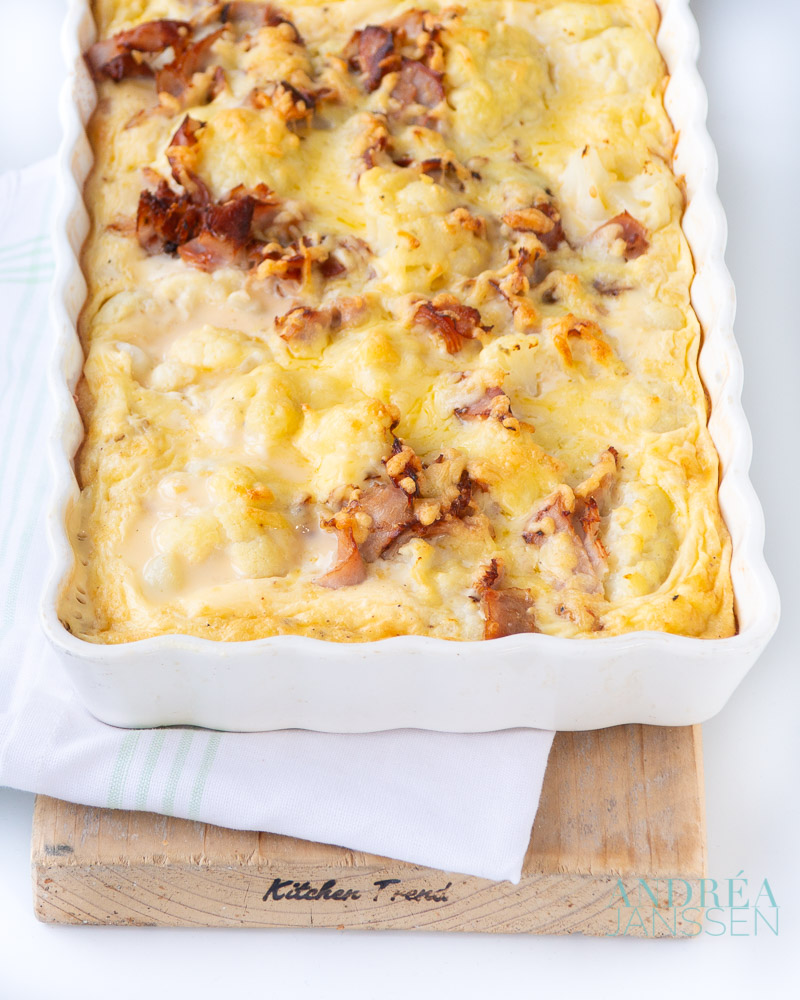 Did you make this cauliflower bacon gratin? Tag #byandreajanssen via Instagram or twitter . I love it when you make one of my recipes and I’m looking forward to look it up. You can also share your recipes on my Facebook channel or pin this recipe on Pinterestso you can find it easy next time. See you soon! 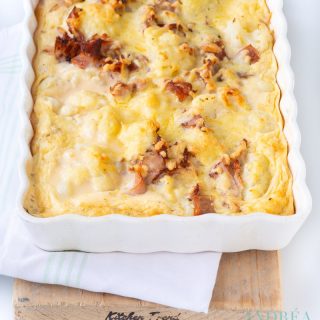