A tasty recipe that is quick and yet exclusive: Sirloin steak. An oriental marinade gives a nice taste. The grill an extra dimension. Yummy!

In our local farm store in Oss the flesh of their own cattle is sold. Cattle who are free to walk in the meadows that lies near the Maas. The sirloin steak is aged , dry -age as it is officially called , making the taste even better. It has a thin rim of fat that melts when you bake the steak in a frying pan. And that's the usual way I prepare it. But I wanted to do something special with the prime rib tonight. I let the steak marinate in a soy sauce sesame marinade and baked on a hot grill until it was medium. Then made a delicious dip with it and it became a super tasty dish. Nice for a weeknight!

A day on the

After fertilizing and planting today it was time for sowing. The garden was almost weed-free and dry and that made that the sowing went easily. After measuring distances, drawing a line the seeds went in. Spinach , carrots , some lettuce, turnip greens and chards are already sown . If it's going to rain the seeds will  germs and we eventually get large vegetables. The broad beans that are sown earlier, now show their heads above the ground. In a few weeks the first flowers will appear, a beautiful sight . Only a few weeks after that the pods are formed and we can take the beans out. Tasty fresh broad beans, I am already looking forward to it! 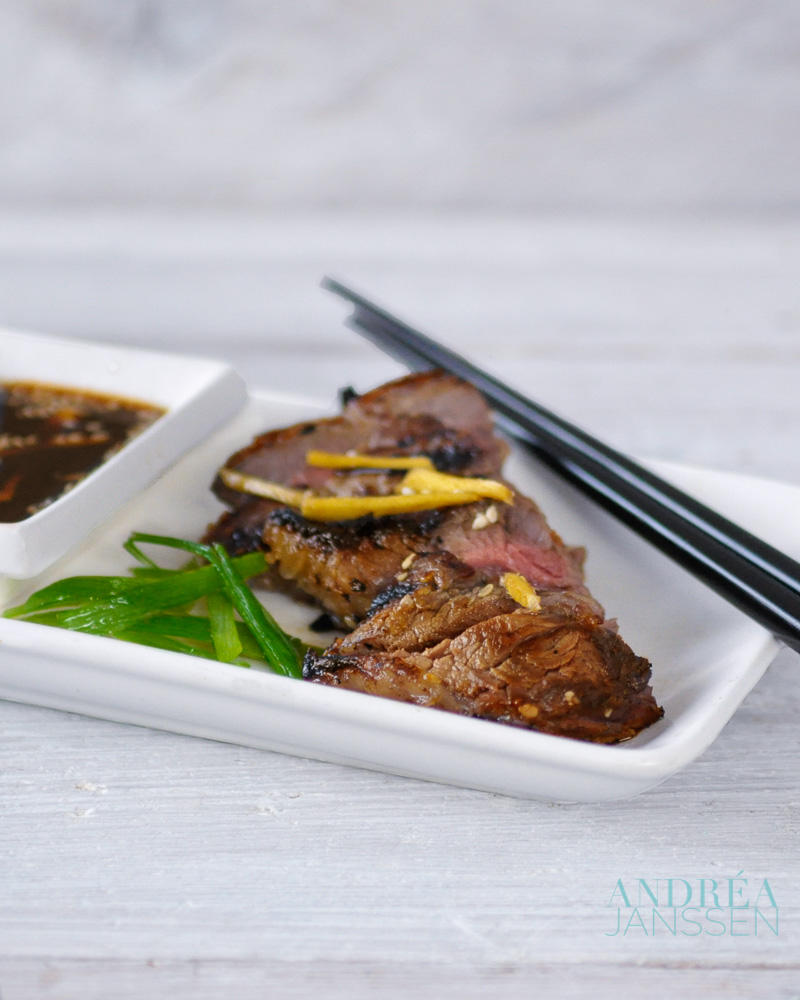 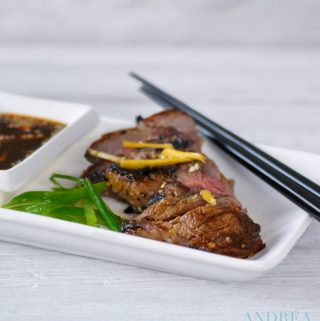 Print SaveSaved!
A tasty recipe that is quick and yet exclusive: Sirloin steak. An oriental marinade gives a nice taste.The grill an extra dimension.Yummy!