A surf and turf kebab on the barbecue.With delicious shrimp and steak.Tenderly baked and quickly to prepare.Great with that warm weather.

Surf and turf on the barbecue, you know what a surf and turf is? A surf and turf is a skewer combined with meat and fish in a single dish. I always thought it was a special kind of fish or meat, but that's not the case. Although the lobster steak combination is one of the most popular surf and turf recipes. The surf and turf has its origins in North America, where it's very popular. You can find it on the menu at almost every steakhouse. But also in the Netherlands it becomes more and more popular.

What's important is that this skewers aren't prepared too far in advance in order to avoid cross contamination. Hygiene is in fact very important in this recipe. Keep fish and meat in separate sealed containers and assemble the skewer just before you put them on the grill. Because you dip the ingredients in the oil, just before you put them on the skewers, they won't stick to the grill. That makes it a lot easier to grill (and clean afterwards).

These ingredients don't need much seasoning. A little salt, pepper and maybe a little lemon juice (but that's entirely to your taste). And then you have a very tasty barbecue recipe.

When you use wooden skewers, let them soak for at least 1 hour in water before you use them. Then the sticks won't burn while grilling.

Surf and turf on the 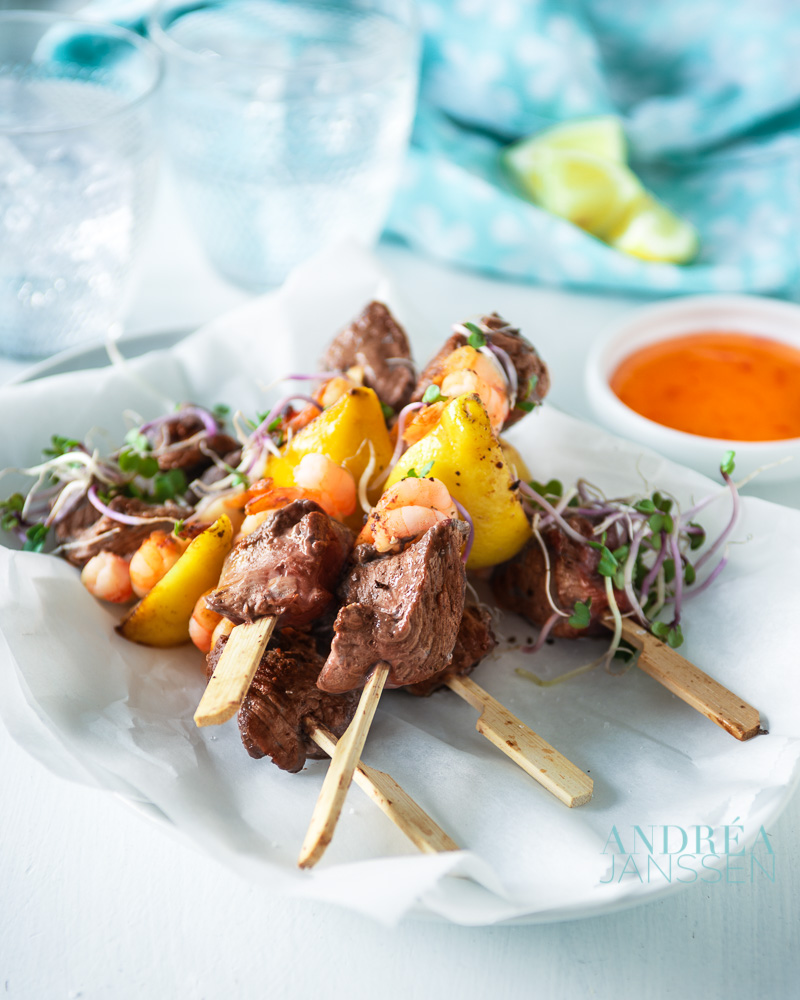 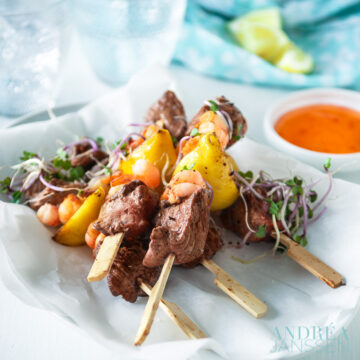 Surf and turf kebab on the bbq

Print SaveSaved!
A surf and turf kebab on the barbecue.With delicious shrimp and steak.Tenderly baked and quickly to prepare.Great with that warm weather.