Home » Other » Other sweet » Sweet fluffy omelet with rhubarb compote

A sweet fluffy omelet with rhubarb compote: whisked until airy and served with a slightly sweet and sour rhubarb compote. A dessert or lunch which only can be eaten in spring (and you don't want to miss it).

Today, the recipe has become a sweet fluffy omelet with rhubarb compote. Why? Because it's a seasonal recipe (the eggs and rhubarb are from my garden). I found this recipe in a book called "Rijntjes keukengeheimen" and adapted it. A delicious lunch dish or dessert, also for children, that looks great through the colorful compote of rhubarb. And it tastes delicious too.

This budget friendly recipe is € 0.60 per person 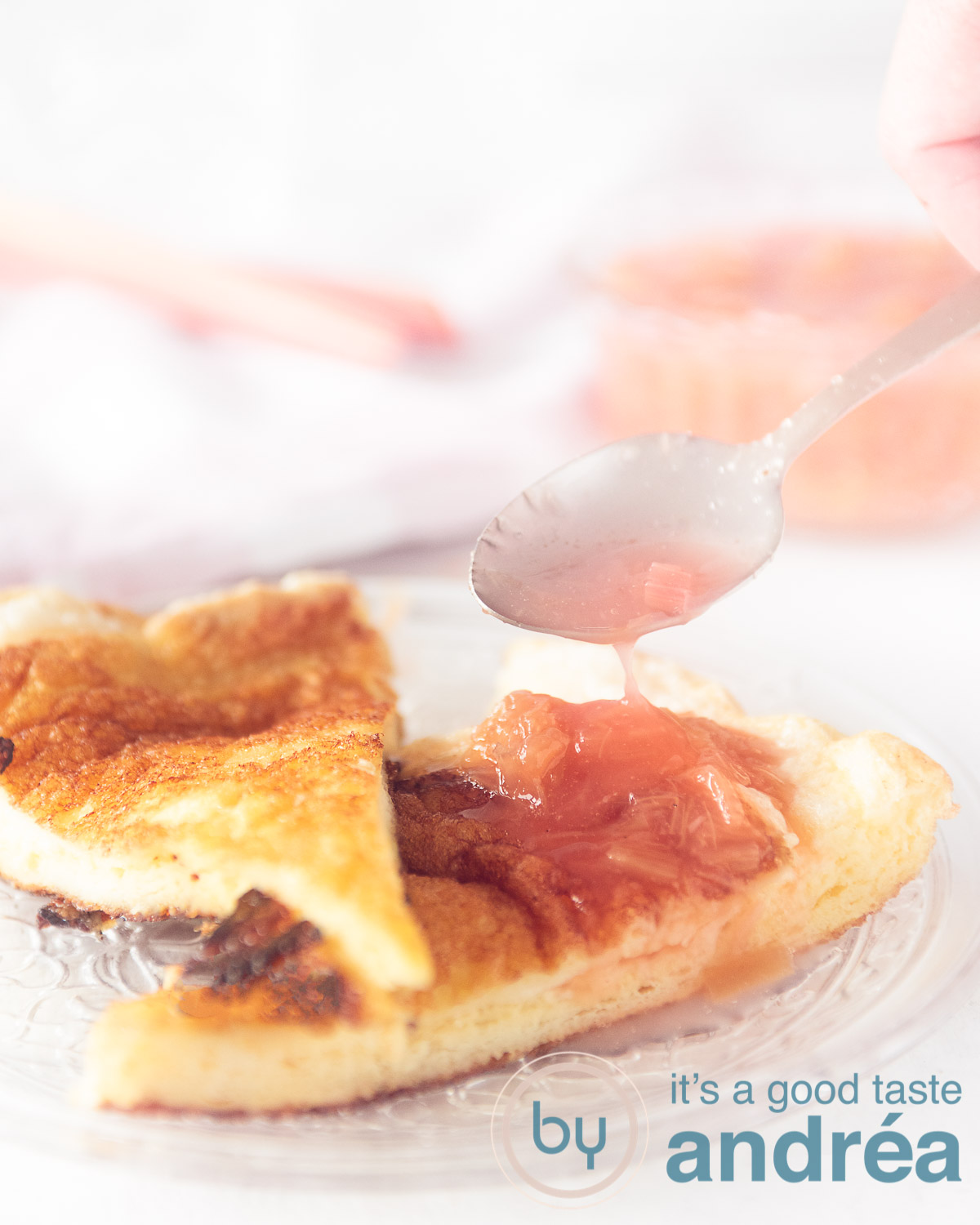 Did you make this sweet fluffy omelette with rhubarb compote? Tag #byandreajanssen via Instagram or twitter . I love it when you make one of my recipes and I’m looking forward to look it up. You can also share your recipes on my Facebook channel or pin this recipe on Pinterestso you can find it easy next time. See you soon! 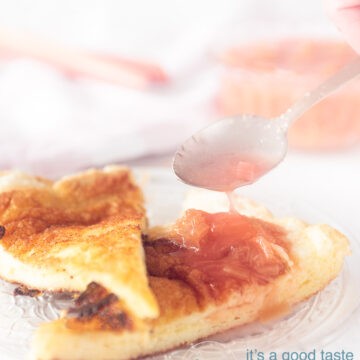 Print SaveSaved!
A sweet omelette, whisked until airy and served with a slightly sweet and sour rhubarb compote. A dessert or lunch which only can be eaten in spring (and you don't want to miss)

What did I use to prepare this

Kitchen utensils  I’ve used to prepare this recipe. When you follow the link you will go to another page with a short explanation of each item. It’s also possible to order directly if you’re in need.