Martha Stewart, I think one of the most famous women of the world. In the area of ​​domestic issues such as cooking, cleaning, gardening and crafting she is an expert. But this will do her capacities too short.

In addition to her expertise, she also managed to created a company worth millions. She has used all possible media to create her business as successful as possible. A woman with many skills. And as the Americans say: You love her or hate her.

I personally admire her strength, perseverance and positive outlook. 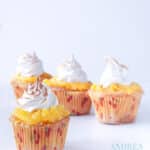